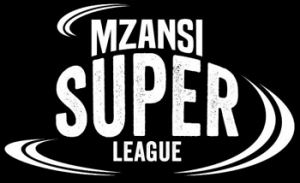 The stage is set for the second edition of the Mzansi Super League as the official schedule has been disclosed. Six teams will be playing in the tournament primarily hosted in South Africa. It is supposed to be a double round-robin which is, all the teams are drawn into one single group and each team will play all the other teams in the group twice. The teams who have the highest number of points at the end of all the group stage matches will proceed to the knockout stages of the tournament. The Mzansi Super League full squad lists and MSLT20 schedule for the 2019 edition have been placed below.

According to the schedule, the tournament will kick off on 8th of November and the final of the tournament is scheduled to be played on 16th December.

There will be some new looking faces in South Africa’s own premium T20 tournament. After the teams drafted their South African marquee players, the rest of the players from over the world who had registered for the tournament were sorted into the teams.

The second season of the MSL T20 will begin in the month of November 2019 and will go on till the 16th of December. The exact Mzansi Super League schedule and the start date of the tournament is placed below;

The defending champions, Jozi Stars are all set to get us underway on the opening day of the tournament when they go against Cape Town Blitz. Then they are away from home against Nelson Mandela Bay Giants on the on 20th November. The group stage matches will be wrapped up by the 8th of December. The team that tops the table after the group stage matches will directly qualify to the finals. The team that comes second and third in the group stages will play the eliminator on 13th December. And the winner of the eliminator will proceed to the finals against the topper of the group table. The finals will be played on 16th December. The dates for the T10 League coincides with the MSL tournament which begins from 15th November.

Jozi Stars have a fantastic looking squad at their disposal. Kagiso Rabada, their marquee player who played a big part in their victory last year is returning for his second year for the team. Some other South African talents they possess include Rassie van der Dussen, Aaron Phangiso and Temba Bavuma. In addition to that, they have the universe boss Chris Gayle playing for them.

Cape Town Blitz has Quinton de Kock, the number one wicketkeeper of South Africa who is in a sensational form as of late in T20 cricket. He is joined by the legendary bowler Dale Steyn. The Pakistani bowler Wahab Riaz is also set to play for them.

Durban Heat has a very talented squad by the looks of it. The hard-hitting David Miller will surely headline their matches. The experience of Ravi Bopara, Alex Hales and Andile Phehlukwayo will also add a flair to the team.

Nelson Mandela Bay Giants have the world-class spinner, Imran Tahir on their roster. The sensational all-rounder Chris Morris is joined by the aggressive English opener Jason Roy and Farhaan Bhardien will look to take something away from this tournament.

Paarl Rocks have acquired of the biggest players of the tournament. They are led by the South African captain Faf du Plessis and the fabulous all-rounder JP Duminy who missed the inaugural tournament due to injury. David Willy, their marquee player was ruled out of the tournament because of an injury but is now been replaced by the Sri Lankan Isuru Udana.

Tshwane Spartans seem to have an exciting bunch of players as well. They are being led by Mr 360, AB de Villiers. AB is joined by some talented local players like Lungi Ngidi, Thiunis de Bruyn and the local legend, Morne Morkel.

The tickets for the Mzansi Super League’s second season will be on sale soon and we will update this page with the latest information for all the possible 32 or 33 matches. Last year the ticket prices for MSL had begun at R50 ($3.4).

In order to be able to buy the Mzansi Super League tickets, you can go to www.ticketpros.co.za and select cricket. You can also call 0861 008 277, or you can visit any of the TICKETPRO retail outlet throughout the country – Edgars, Jet, CNA and Spar.

The board have signed up with SABC as the official broadcaster. SABC will release information on how this new tournament in SA can be watched on TV and streamed online soon. The South African cricket board will own the majority share in the competition. They will also produce the tournament and sell it to TV channels around the world.

All the information on the MSL T20 schedule, tickets, live streaming and TV options are placed above.