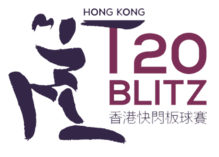 The HK T20 Blitz was the first ever T20 competition that was held in an Associate country that had overseas players featuring in and will continue in its fourth edition in 2019. Latest Hong Kong T20 Blitz information on its schedule, squads, predictions, live streaming and ticket news can all be found here.
The 2019 edition of the Hong Kong T20 Blitz has been postponed from February 2019 to October in the same year. This has been due to a lack of funding in the competition. The Hong Kong Sixes were to be played in October 2018 as well but that has also been postponed.

Hung Hom JD Jaguars will enter the 2019 competition as the defending champions having won the title in 2018 by beating Galaxy Gladiators Lantau in the final. They won the final by six runs and Kumar Sangakkara was named the man of the tournament for his brilliant performance with the bat.

What started off in 2016 as something of a one-off when four teams featured in a two-day league, has kicked on to become something bigger and better as the years have progressed. The 2017 edition of the tournament was played over five days and a fifth team was added to the Hong Kong T20 Blitz while in 2018 the T20 Blitz was extended by one day to make it six days.

The five teams in action during the T20 Blitz are Galaxy Gladiators Lantau, HKI United, City Kaitak, Kowloon Cantons and Hung Hom JD Jaguars and each of these sides play in a round-robin format. At the end of this first round of matches, i.e. after 10 games during the league stage, the top four sides make it to the playoffs and from there on the final is played.

Players from all over the world have signed up with the Hong Kong T20 Blitz to feature in the competition including the likes of Misbah ul Haq, Dwayne Smith, Roelof van der Merwe, Kumar Sangakkara, Rayad Emrit and some of the top Hong Kong players like Anshuman Rath, Babar Hayat and Tanwir Afzal. Some Chinese players have also featured in the Hong Kong T20 Blitz, which helps spreading the contest to the nearby parts of the country as well.

All matches in the Hong Kong T20 Blitz are played at the Mong Kok Stadium and this is expected to continue in the future as well but another stadium could be added if the tournament catches the eye of the sponsors and/or investors.

The Hong Kong T20 Blitz can be watched online either on YouTube or on the Cricket Hong Kong’s FB page but there have been television broadcasters around the world who have telecast the event live to various countries as mentioned below.