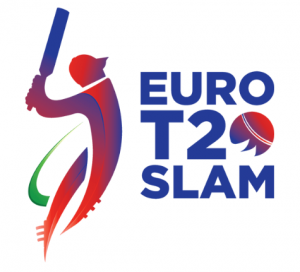 The Euro T20 Slam is a T20 competition that will be played between six teams from across three countries and the 2019 edition will be its first-ever. These six sides will represent Ireland, Scotland and Netherlands and are being organised by the cricket boards of these aforementioned countries. The tournament will kick-start from August 30 in Amsterdam and the matches will be played in three different stages before the knockouts. The first stage will be hosted in the Netherlands, followed by the second stage at Edinburgh in Scotland before the third stage in Malahide in Ireland.

The six Euro T20 Slam teams that will participate in the competition will represent six different cities, namely, Dublin, Belfast, Amsterdam, Rotterdam, Glasgow and Edinburgh. The teams are named Amsterdam Kings, Rotterdam Rhinos, Belfast Titans, Glasgow Giants, Dublin Chiefs and Edinburgh Rocks. Each of these sides will play the other five teams on a home and away basis making it 30 matches during the league stage of the competition.

At the end of the regular season, the top four teams will make it to the semi-finals which will be played on the same day. This will be followed by the final.

Both teams from the same country will use the same venue for their home matches. So both Amsterdam Kings and Rotterdam Rhinos will play their home matches at the VRA Cricket Ground in Amstelveen, while Glasgow Giants and Edinburgh Rocks will be hosted by The Grange Club in Edinburgh. Malahide Cricket Club Ground in Ireland will host the two Irish sides. The Euro Slam T20 squads were earlier announced and they can be found below.

In India, the Euro T20 Slam 2019 live streaming will be available on Hotstar.