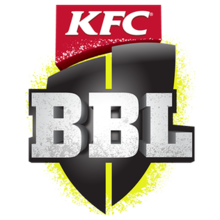 The Big Bash League is the premier Australian T20 competition that is played in the months of December and January each year between eight teams. It was a replacement for the previous T20 competition by the name of T20 Big Bash and has eight teams play each other in a league-cum-knock-out format. BBL 2019-20 fixtures and dates are placed below.

Since the eighth edition of the Big Bash League, the format of the competition was changed to allow each team to play the seven other sides in a home and away league, making it 14 matches for each side. This was after the tournament became successful enough for the Aussie board to take that step forward from each team playing just 10 games during the league stage.

At the end of this league, the top four sides will make it to the semi-finals, unlike the PSL which has playoffs associated with it.

The eight teams in question in the Big Bash League are Melbourne Renegades, Melbourne Stars, Adelaide Strikers, Perth Scorchers, Hobart Hurricanes, Perth Scorchers, Sydney Sixers and Sydney Thunder. The Scorchers are the most successful franchise in the history of the Big Bash League with three titles to their name to go with two runner-up positions. No other team has won the BBL more than once, with the Sydney Sixers, Brisbane Heat, Sydney Thunder and Adelaide Strikers having clinched the title once apiece.

The Hobart Hurricanes have been two-time runner-up without winning the Big Bash League even once, the Stars have made it to the final on one occasion while the Renegades haven’t got there even once.

The Big Bash League squads are formulated by the teams signing up for players within the given salary cap. Each year this salary cap is raised a little but teams are strictly expected to adhere to that cap. BBL teams consist of 18 players of which there are two rookie contracts and two overseas players at the most, while two extra replacement cricketers can be signed up in case any of the main 18 need replacing because of injury issues or if they need to be signed up by the national side. Big Bash League 2019-20 schedule is placed below.

The latest Big Bash League squads for the 2018-2019 edition of the competition will be updated soon. The BBL which has already seven seasons of tough t20 competition and this eighth edition will only get more exciting. Why so one might ask? That’s because this season of the BBL will be the first-ever in the history of Big Bash League cricket to see each side okay all other seven teams on a home and away basis.

And that would mean each side plays 14 games in a rather longish tournament. This will also force the teams and their scouts to look for players for their Big Bash League squads who fit the bill and can play through this extended season. The BBL which was a replacement for the previous T20 competition by the name of T20 Big Bash will see 56 league games played this year. Big Bash League 2019/20 all teams players squads are placed below.

The Scorchers have won the BBL title thrice now and will be watched by the fans as the team to beat, having made it to the final on five occasions. The squads of Sydney Sixers, Brisbane Heat, Sydney Thunder and Adelaide Strikers have won the title once apiece as well.

Among other squads, the Hobart Hurricanes have made the final twice and lost on both occasions while the Stars squad has gotten to the final once before this.

The Big Bash League is broadcast live on television around the world with Australian viewers now able to watch is on Fox Sports after the previous contract with Channel Ten was ended last season. The Seven Network will also be involved in some sort of a simulcast.

If you are in New Zealand, you can watch it on Sky Sport while Sony ESPN will telecast it in the Indian subcontinent except for Pakistan where the BBL will be live on PTV. Supersport is the place to watch the BBL if you are in South Africa while UK viewers can watch the BBL live on BT Sport. In the USA, Willow TV has all the rights to telecast the BBL while Canadians can watch it on CBN & ATN Cricket Plus.

Tickets for the KFC BBL|08 will be released mid-year and can be purchased from the official Big Bash League website here.