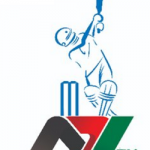 The first season of the Afghanistan Premier League was held in 2018 and Balkh Legends won the title by beating Kabul in the final. The fans watched some of their best cricketers feature in a home-grown Afghanistan Premier League T20 from October 5 to 21, 2018. Get all details around APL 2019 schedule, squads, tickets & live streaming options here.

Balkh Legends beat Kabul Zwanan in the final to lift the APL trophy in the first season. This was thanks to a fine showing from Qais Ahmed and Chris Gayle, who combined with the ball and bat to help their side overcome Kabul.

Qais took five wickets in his four-over spell before Gayle hammered a half-century to ensure a victory by four wickets.

This was after the Legends finished at the top of the points table with 12 points, winning six games from eight games. Paktia, Kabul and Nangarhar won five, four and three matches respectively with Kandahar bowing out of the competition with just two wins under their belt.

In the first season, there were five teams based out of the following provinces in Afghanistan – Kabul, Nangarhar, Kandahar, Balkh and Paktia. The league was played over 17 days with 23 matches in total. Each of these teams faced off against the other four twice. At the end of the league stage of the competition, each side had played eight times and the top four teams made it to the knock-out stage of the tournament. The Sharjah Stadium will also host the T10 League from November 23.

The APL T20 squads for 2018 were announced at the end of a player draft that took place on the 10th of September. Here are the squads for last year:

Since this is the first season of the Afghanistan Premier League – or APL as we call it here – the cricket board of Afghanistan has decided to go for just five franchise-based sides. These teams will be located in Balkh (called the Balkh Legends), Kabul (Kabul Zwanan), Kandahar (Kandahar Knights), Nangarhar (Nangarhar Leopards) and Paktia (Paktia Panthers), with each team facing off against each other twice. And if you are looking to follow the Afghanistan Premier League live scores, text commentary and results, we have it all in here.

The Legends will be led by Mohammad Nabi, an Afghan all-rounder and a legend in his own right. Rashid Khan, who recently turned 20, is already on his way to becoming a world legend, not just an Afghan great and he will be captaining Kabul, while New Zealander Brendon McCullum has been given the reins of Kandahar. Nangarhar will be captained by Andre Russell while Paktia will be led by Pakistani great Shahid Afridi.

According to sources, all the top T20 cricketers from around the world, including Sunil Narine, Dwayne Bravo, Chris Gayle, Andre Russell, Chris Lynn, Shahid Afridi among others will take part in the competition subject to availability.

Afghanistan Premier League 2018 points table will be automatically updated below after each match.

Depending on which country you are in, your local broadcaster will telecast it on your TV. However, you can watch the APL tournament online as well.

Follow the entire Afghanistan Premier League below with live scores and our own comments below. Feel free to comment on what you think could happen or your opinion about the games from October 5, which is the first day of the competition. Get live cricket scores & commentary for all APL 2018 league below.